What I Saw Last Week

In June, U.S. Retail Sales exactly met my forecast for a 0.5% increase following an upwardly revised 1.3% increase in May.  Core sales (ex-auto) rose by 0.4% – marginally above my call for a 0.3% increase. 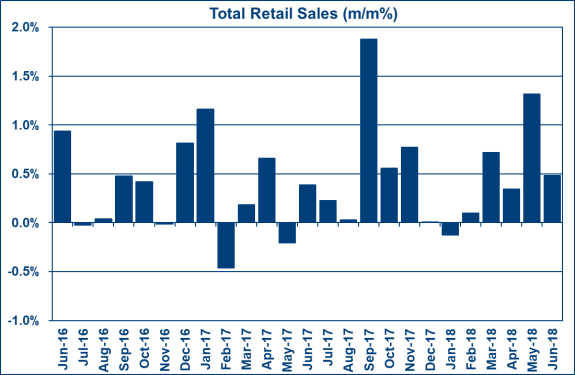 Even as sales rose, there were pockets of weakness with electronics and appliance stores down 0.4%, food and beverage stores down 0.3%, clothing and accessories stores dropped 2.5%, and sporting goods, hobby, musical instrument and book stores 3.2% lower.

The takeaway from the report is that it substantiates the widely-held views that an increase in consumer spending is going to factor prominently in driving a strong acceleration in Q2 GDP growth.

The NAHB Housing Market Index was unchanged in July (I had expected to see it rise from 68 to 69.)

Close inspection of the data should calm any concern that may exist about builder confidence, as the reason for the difference appears to be relative to builder concerns about macroeconomic issues that can affect the industry, rather than any direct effects.

U.S. Housing Starts dropped 12.3% month-over-month in June to a seasonally adjusted annual rate of 1.173 million units – I had forecast a drop to 1.320 million. Of particular note was the 9.1% drop in single family home starts to 858,000 units; however, it was the 20% drop in multifamily starts that was the biggest weight on the overall number. 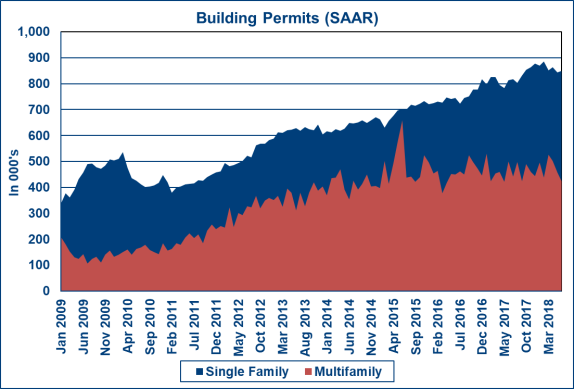 The takeaway from the report is that it reflects weakness at a time when there should be strength. The assumption embedded in the weak starts figure is that it likely reflects the difficulty builders are having finding labor, as well as the constraints they are facing with higher land, labor, and material costs.

What to Watch for This Week

U.S. Existing Home Sales dropped 0.4% month-over-month to a seasonally adjusted annual rate of 5.43 million units in May. I expect to see the June figure to improve but only slightly, to 5.43 million as notable supply constraints continue to act as a drag on overall sales.

The first estimate for GDP in Q2 is likely to show the US economy having expanded by 4.1% – a very solid number but one that cannot be maintained.

The final Consumer Sentiment number for July should remain at its early month figure of 97.1.